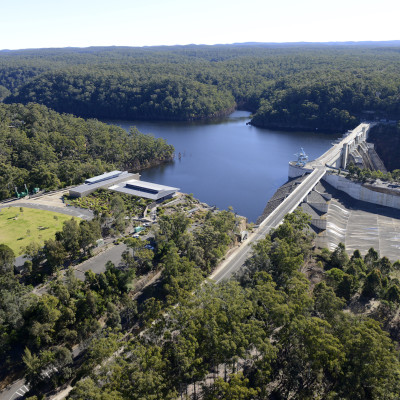 One of the largest domestic water supply dams in the world and a nostalgic location for picnics, walks and stunning views

Warragamba Dam is one of the largest domestic water supply dams in the world. Located just over an hour from Sydney City, the dam is considered the heart of Warragamba and a nostalgic location for many who enjoyed family outings and picnics within its stunning grounds. Today the Dam is still a magnificent site to behold with a number of places to walk, enjoy a picnic and admire Lake Burragorang from the viewing platforms.

Warragamba Dam has the perfect grounds for a picnic lunch and access to free BBQ facilities as well as a children’s playground making it a treasured family spot. The dam’s visitor centre and museum showcases the “Water for Life” permanent exhibition which tells the historical story of Sydney’s dams and catchments and future of water supply. There are also a number of temporary exhibitions featured at the museum.

A major engineering feat of the mid-20th Century, the dam was created by damming Warragamba River and flooding the Burragorang Valley, the storage lake is four times the size of Sydney Harbour and stores around 80 percent of Sydney’s water. The location of the dam was first suggested in 1845. The deep narrow gorge of the Warragamba River, at the exit to Burragorang Valley, was identified as an ideal place for a dam by Polish explorer Count Paul Strzelecki. More than a century and many droughts later, work finally started in 1948 to build a reliable new water supply for Sydney’s growing population. It took 12 years and 1,800 workers to build the dam, which opened in 1960. It was such a major undertaking that a town was built next to the site to house the dam builders.

A local Gundungurra Aboriginal creation story tells of two dreamtime spirits Mirragan – a large tiger cat, and his quarry Gurangatch – a part fish part reptile who lived in a lagoon where the Wollondilly and Wingecarribee rivers meet. During a long cross-country battle in the Dreaming (Gunyungalung), the deep gorges of the Burragorang Valley were gouged out. It was this valley that was flooded when Warragamba Dam was built.

Top 5 things to do at Warragamba Dam:

1. Be photographed with the ‘quiet beast’

Stand on one of the viewing platforms and have your photo taken with the ‘quiet beast’. Warragamba Dam’s nickname comes from the fact that three million tonnes of concrete is holding back four Sydney Harbours of water, yet the atmosphere is calm and peaceful. It was an engineering masterpiece of the mid-20th Century – and it still takes your breath away today.

2. Step back in time

Take a self-guided walk around the dam grounds and discover the history of this monumental undertaking. Interpretive signs and heritage items along the way reveal the stories behind the dam’s construction. Pause at the Workers’ Memorial and pay your respect to the 14 dam builders who died during construction.

3. Soak up the views

Gaze down upon the dam wall and a small part of Lake Burragorang from the deck of the magnificent visitor centre, perched high on a rocky outcrop, or head down to the dam wall on weekends and public holidays ONLY for a close up view of the Lake. The lake created by the dam stretches back 52 kilometres from the wall. Nearby, Eighteenth Street Lookout provides the best view of the height of the dam wall and auxiliary spillway.

4. Step into the future

Step inside the modern visitor centre and enjoy an even better view of the dam. Take a journey through the water cycle in the ‘Water for Life’ exhibition. Be amazed by the unique ‘drops of wisdom’ interactive table. Don’t miss the children’s activities, and ask our friendly visitor centre staff your questions.

5. Relax with a picnic

Relax with family and friends in the landscaped grounds. Throw down a rug and picnic under a shady tree or use one of our tables or shelter sheds. Drinking water and modern toilet facilities are scattered throughout the grounds. Barbeque facilities and a children’s playground are located at the adjacent Warragamba Recreation Reserve managed by Wollondilly Shire Council, and Warragamba township has cafes and shops for hot drinks and meals. 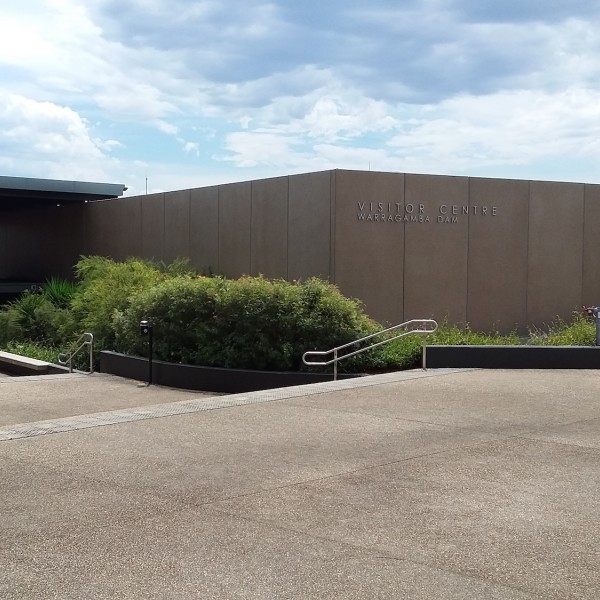 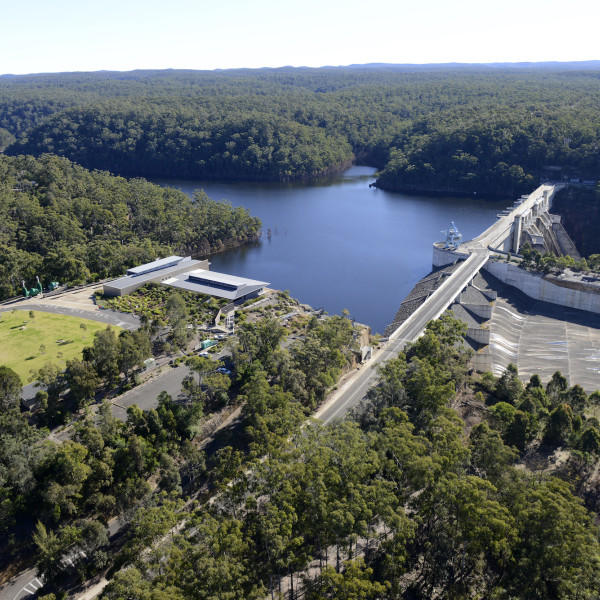 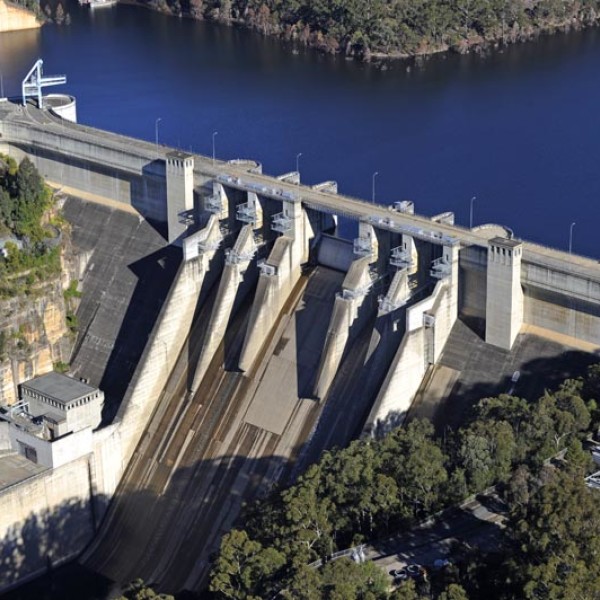 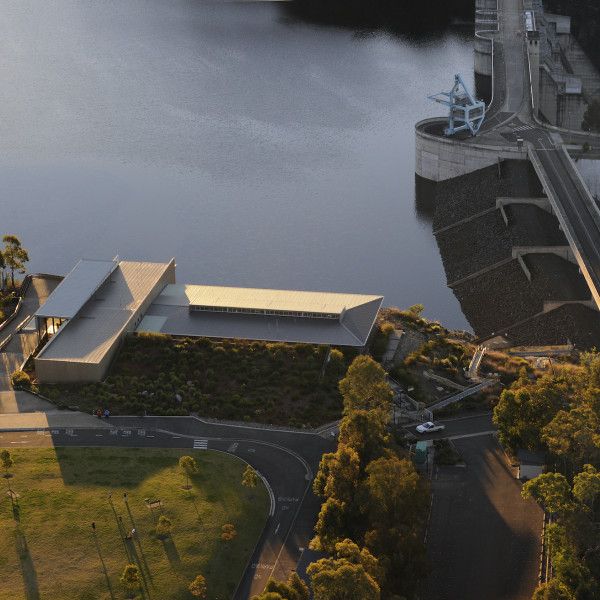 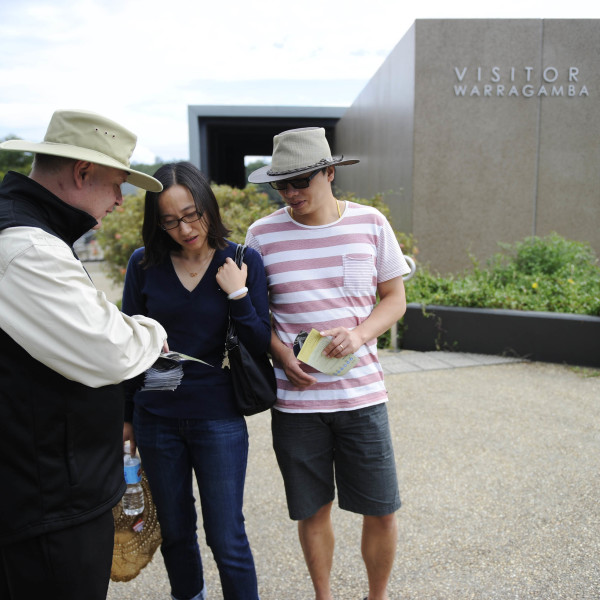 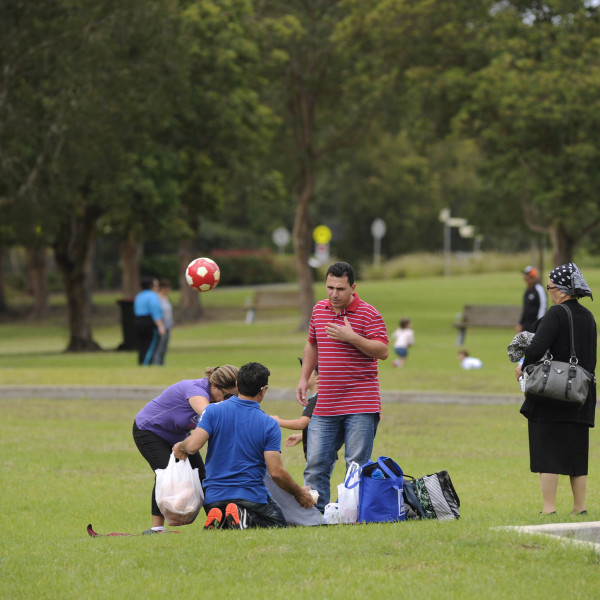 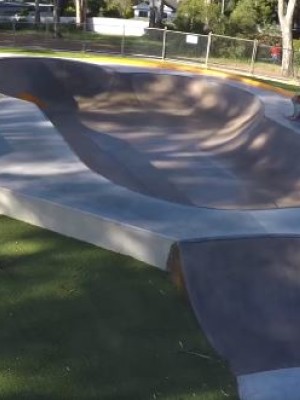 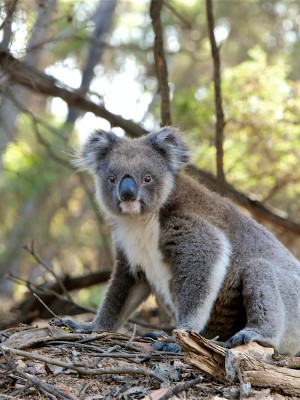 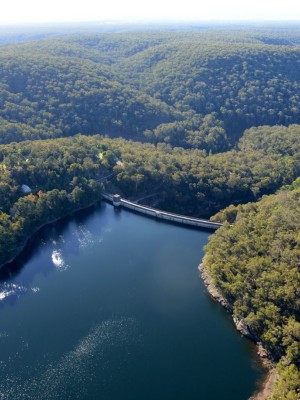